10% OFF for DIY Plus X device Use Code: WALA10OFF
Skip to content
FOUNDATIONS 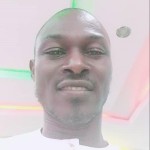 Dec 12, 2021 difference between underpinning and shoring, types of shoring

Because the urban environment is always changing at an unfathomable pace and there is a scarcity of suitable land on which to erect new structures, shoring and underpinning in building construction will continue.
As a result, existing structures are demolished to make room for new constructions or renovated to match the building’s new function.  When this happens, the new building’s footings, basements, and/or excavations may extend farther below the older building’s footings and perimeter walls, possibly requiring shoring and underpinning of the older structures in order to achieve stability during the excavation of the new building or to avoid collapse caused by vibrations during the construction of the new building structure.

Shoring in building construction is the process or technique of temporarily supporting a structure so that remedial or alteration works can go on in the construction in order to prevent the partial or total collapse of the structure.

Purpose of shoring and underpinning in building construction

Shoring is very important in construction and it can become necessary but it is not limited to the following:

Worthy of consideration while Shoring

Types of shoring and shoring procedure in building construction

When one or more timbers lean between the face of the structure to be supported and the ground, it is called a raking shore.

A raking shore consists of the following members:

The following considerations should be critically made while using the raking shores:

Flying shores are a temporary support system for the adjoining walls of two buildings while the intermediate structure is being demolished and rebuilt.

This category includes all forms of systems for supporting an unsafe construction where the shores do not touch the ground (hence the name “flying”). The flying shore, like the raking shore, is also made up of wall plates, needles, cleats, horizontal struts (which are sometimes called horizontal shores. This is where the a.k.a came from), and inclined struts that are organized in various ways based on the situation.

The wall plates are generally put against the wall and attached to it in this way. Between the wall plates is a horizontal strut that is supported by a needle and cleat system. The needle at the top and the straining parts at the bottom, support the inclined struts.

When the bottom section of a wall is removed for the purpose of establishing an opening in the wall or to replace a damaged load-bearing wall in a structure, the system of shoring known as the dead shore is employed to provide vertical support to walls, roofs, floors, and other structures.

The dead shore is made up of a series of beams and supports that supports the weight of the structure above and transmit it to the ground via a solid foundation below.

When openings in the wall are required, openings are created at a height that allows for the introduction of the beam or girder that will be permanently installed to support the weight of the structure above.

The distance between the openings is determined by the kind of brickwork but it generally ranges between 1.2m and 1.8m in diameter. Beams called needles are inserted into the holes and supported on each side of the wall by vertical supports called dead shores. The needles can be made of wood or steel and have a large enough section to support the load.

When the needle and supports are in place, the dead shores stand apart from the wall on both sides to allow for working space.

The props are held in place by folding wedges at their bases, while the connection between the prop and the needle is held in place by dogs. All doors, windows, and other openings are carefully strutted before the dismantling operation begins.

They are independently supported to ease the strain of the floors and roof above. When wall cutting, vibrations, and shocks are unavoidable; as a precaution, raking shores are sometimes built before the wall cutting activity begins.

Other types of shoring

Beams and Plate Steel Beams are inserted in between I-beams that have been driven into the ground. Soldier boarding is a similar technique that uses wood planks. Hydraulics are often fast and easier to use; the other options are typically used for longer-term projects or bigger excavations.

Underpinning dates back to long before the 15th century. When bridges, tunnels, buildings, and residences are observed to be weak, it has long been a custom to utilize underpinnings to reinforce them.

The tale of the historic Hotel Commodore is a more recent example of underpinning.

The Hotel Commodore, which opened in 1917, was built directly above (and hence subsidized by) the Grand Central Station underground system.

The Hotel Commodore had a major renovation in 1979 before reopening as the Grand Hyatt on November 1, 2021.

This refurbishment was extensive, necessitating the opening of space on the subway mezzanine level (middle floor) to enhance headroom and improve passenger outflow.

This necessitated a lot of underpinning and a lot of load transfer from the hotel above via temporary support, sequencing, and jacking.

And the unfortunate part is that you never see it when it’s done because the technology is entirely underground.

Underpinning is a delicate method of construction for strengthening an old foundation or burying a new stronger foundation deeper beneath the existing foundation in order to prevent a structure from further failing structure or collapsing.

Underpinning is necessary when it is noticed that the foundation of a structure is failing or becoming unstable.

Underpinning may be required in construction for a variety of reasons, including:

Preparation and/or precaution before underpinning

The major types of underpinning are:

2. Beam and base underpinning

The following are methods of underpinning.

A trench/ pit is dug to reveal the foundation to be renovated. The existing foundation is either totally demolished or strengthened appropriately by building a new foundation below the existing one.

The length of the foundation to be underpinned is split into smaller portions of 1.2 to 1.5 m in length. A hole is drilled in the wall above the plinth level for each portion, and a needle beam is put into the hole (the beam may be made of timber or steel). Bearing plates are then used to hold the brickwork above the needle.

On both sides of the wall, wooden supports and screw jacks support the needle into position. A new foundation is constructed once the foundation pit has been dug to the required level.

Process of underpinning while using the pit method:

Raking shores comes in very handy to support the wall for which underpinning is to be done i.e. if the wall is weak. Shoring and underpinning combined are sometimes necessary for the pit method.

It entails stabilizing the structure on newly constructed piles of various sorts without the need for excavation.

It is also known as or called needle and pile underpinning

Piles are driven on opposite sides of the wall that supports the weak foundation. A needle or pin enters the wall, which is then attached to the piles. These needles have the effect of pile caps. This approach can be used to alleviate soil settlement caused by waterlogging or clayey nature or weak bearing strata.

The cantilever pit technique of underpinning, as shown below, is an expansion of the pit method.

This method can be used for underpinning if the foundation only has to be extended to one side and the plan features a stronger inner column.

It is quicker than the usual procedure.

It has the capacity to lift heavy loads

It has the capacity to lift heavy loads

When the existing foundation is deep, digging is discovered to be uneconomical.

The application of needle beams is limited due to access restrictions.

This method combines the pit and pile methods by excavating below the existing foundation and building a structure for the new foundation.

Piers are placed beneath the foundations of structures, filled with concrete, and then wedged to transmit the weight to a new pier in this type of underpinning. This approach works well on dry soils. When laying the sheeting for pier underpinning, extreme caution must be exercised to avoid ground loss; otherwise, the building structure would sink.

The smallest underlying pits that can be used to offer working space for workers is 1m x 1.3m. The pits have indeed been dug to sufficiently strong strata.

When the underlying ground has water-bearing strata, piles are jacked into the earth with a casing for underpinning the structure.

When typical underpinning is uneconomical due to the depth of required bearing capability level of the subsoil, jack pile underpinning is used. The major benefit of Jack Pile is that it is vibration-free and flexible due to its ability to adjust the pile depth to meet the subsoil conditions.

The existing foundation is spread over the heads of the pile caps that are cast in onto the Jack pile heads once the hydraulic jacks have been removed.

This procedure makes a sound foundation.

Generally, shoring and underpinning work hand in hand when an existing structure is to be demolished or strengthened.

Difference between Shoring and Underpinning

If you enjoyed this article, share it with your friends and colleagues!

DIFFERENT TYPES OF DEEP FOUNDATIONS: WHAT YOU NEED TO KNOW

WORK BREAKDOWN STRUCTURE HACK IN CONSTRUCTION: HOW TO PROFESSIONALLY PLAN